Rockets-Thunder will have controversial referee for Game 7 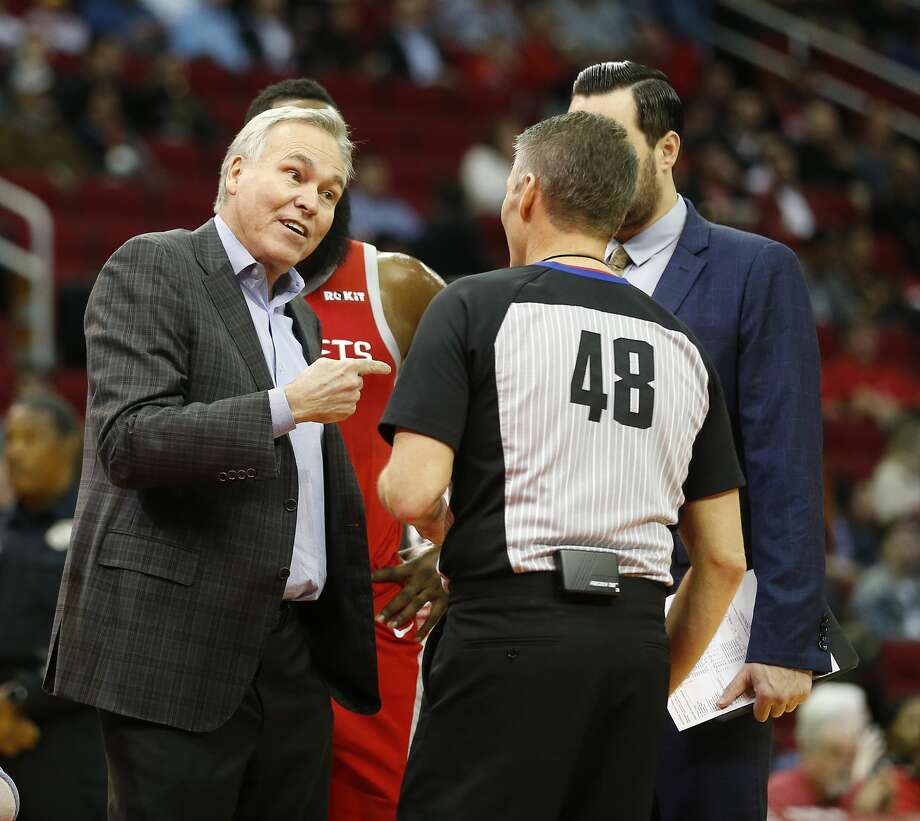 Houston Rockets head coach Mike D’Antoni argues a call with official Scott Foster during the first half of an NBA game at Toyota Center, Wednesday, Dec. 19, 2018, in Houston.

The NBA ratcheted up the drama for Game 7 of tonight’s Rockets-Thunder series by assigning official Scott Foster as the game’s crew chief.

James Harden and the Rockets have a long history with Foster. They’ve lost seven straight playoff games officiated by Foster, including a Game 7 loss to the Warriors in the 2018 Western Conference Finals. That offseason, the Rockets released a report pinpointing missed calls by Foster and the officials that night.

The next season, Foster drew a Rockets-Lakers regular season game in which both James Harden and Chris Paul fouled out and Rockets coach Mike D’Antoni and Paul each received technical fouls. Harden, who was called for four offensive fouls in the loss, didn’t mince words postgame and was fined $25,000 for his comments.

“Last year in the postseason, in the Western Conference Finals, I think he officiated a couple of our games,” Harden said that night in 2019. “It’s lingering. It has to be looked at. For sure, it’s personal. For sure. I don’t think he should be able to officiate our games anymore, honestly.

“Scott Foster man, I never really talk about officiating, but just rude and arrogant. I mean, you aren’t able to talk to him throughout the game. It’s not even that call. It’s who he is on that floor. It’s pretty frustrating. You can’t have a conversation. You get a tech.”

Now, that Paul plays for the Thunder, he probably doesn’t feel any better about Foster calling tonight’s big game. Paul has lost the last nine playoff games officiated by Foster.

Paul also criticized Foster after that 2019 regular season game, but he didn’t go quite as far as Harden.

“Yeah, Scott Foster at his finest,” Paul said that night of a technical foul he received from Foster when talking with official Courtney Kirkland. “You know what I mean? He just never fails.

“Some of them, you can [communicate] with. You’ve just gotta figure out who you can and you can’t. I got a tech tonight. I’m over there with [referee Courtney Kirkland] saying, ‘That’s Scott, that’s Scott,’ and I got a tech. That’s history there. He the man. That’s who they pay to see.”

Foster has officiated just one Rockets game in the bubble, an easy Aug. 6 win over the Lakers when LeBron James didn’t play.